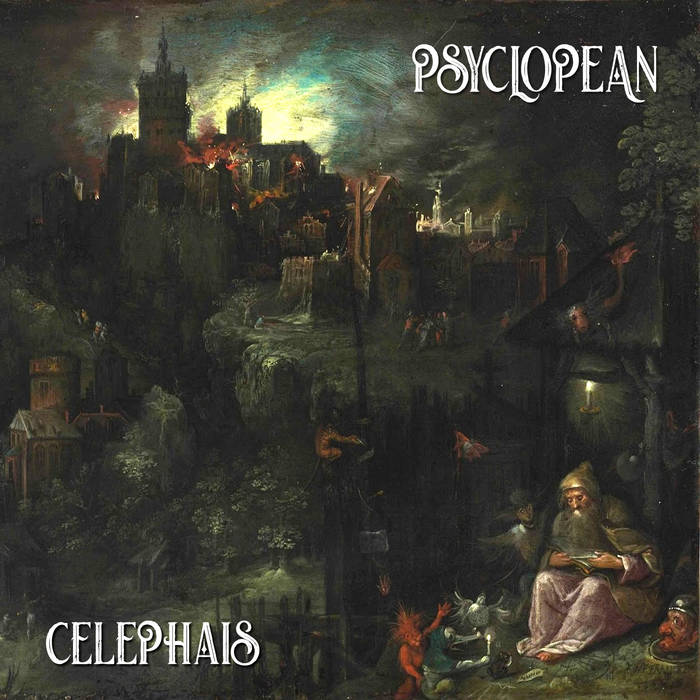 Houndmaster I like the mood of album, melodies and timbres. Very relaxing and mysterious. Favorite track: A City Dreamt Of, Ageless And Unchanging, Emerges From Beyond The Incense Smoke.

David McLane What had happened afterward we could only guess. How long had the new sea-cavern city survived? Was it still down there, a stony corpse in eternal blackness? Had the subterranean waters frozen at last? To what fate had the ocean-bottom cities of the outer world been delivered? -hpl Favorite track: A City Dreamt Of, Ageless And Unchanging, Emerges From Beyond The Incense Smoke.

Psyclopean explores Lovecraft's ancient dream city of Celephais in a surreal lo-fi dark ambient journey laden with the tones of nostalgic dungeon synth and the hazy textures of a pot smoke-filled basement covered in black light posters of dragons and wizards. Ultimately, the music style is an off-shoot genre known as We-Fi, or Weird Fidelity, primarily pulled from the aesthetic of weird fiction authors like Lovecraft, Clark Ashton Smith, Algernon Blackwood, and others mixed with the psychedelic sounds found within late 60's and 70's prog rock and the strange but cool plethora of UFO and Bigfoot documentary soundtracks of the era.

Limited Edition Cassettes or CDs are currently being planned so stay tuned! If you are an interested label and would like to handle the physical release please get in contact as soon as possible.

Kuranes was a great dreamer and made frequent visits to the Dreamlands. In the waking world, he was of landed gentry in Cornwall, but as his fortunes declined he retreated into fantasy and drug use, eventually dying impoverished and homeless. In his dreams, he created the city of Celephaïs, the valley of Ooth-Nargai, in which Celephaïs was situated, and presumably the cloud city of Serannian, which was connected with Celephaïs. After he died he became the king and chief god of Celephaïs. He didn't care for the pomp and grandeur of Dreamland court life, and preferred to live most of the time in a nearby area he created to resemble the house and land in Cornwall where he had lived as a boy.
He is the only dreamer who has gone to the outermost void "where no dreams reach", that is the court of Azathoth, and survived with both life and sanity intact.

Performed, recorded, and mastered by Matt Schmitz at House Of The Rising Sun Studio, Hartford, WI.

Artwork by Frans Francken the Younger.