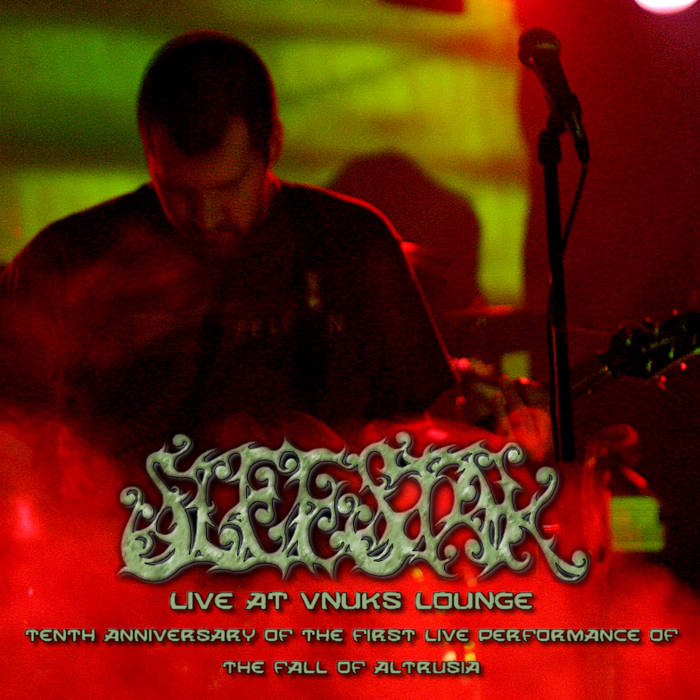 Peer through the layers of smoke and haze and witness the twisted, roaring birth of a musical concept...

Recorded on 1/28/06, this was the official live debut of what became known as "The Fall Of Altrusia", later to be refined even more and eventually manifesting a studio album of the same name in 2011. It also marked the first time Sleestak incorporated video projection into a live performance. The venue was the now defunct Vnuks Lounge and was a media website release party for some friends. This show was attended by close to 200 people and hosted several performances from other bands throughout the evening.

The release of this digital album celebrates the 10th anniversary of that event.